Things didn’t quite go to plan on titsday.  Damn I love my witty friends. It seems complications can arise with reconstructions. You’re kidding right.  Especially when you’re dealing with one mastectomy from more than ten years ago with radiated flesh, scar tissue from numerous surgeries due to unexpected recurrences etc etc. And one mastectomy from September with no expansion, my call, and extremely thin skin due to the aggressiveness of the treatment. As one should do with a one percenter. Anyhoo, my latismuss dorsi flap used for the initial reconstruction phase on the right had lifted a bit, so needed to be tightened and needed a small implant to fill the space left. There was no space for the smallest implant necessary on the left ‘breast’ to match due to no expansion, my call, on the right, so the old ten year old implant which had to be removed was removed and replaced with some fat grafted from my tummy. Not enough clearly cos I see no evidence of it bar the bruising and the pain. And cos my left previously beautifully but too large reconstructed breast now looks like I breastfed my children with it.  I guess I said I wanted what I had. Didn’t mean it literally though. And the right looks like and feels as if it is bolted to my chest. And has no nipple. Basically I woke up a little underwhelmed. Underwhelmed??? What was I thinking. I always preach about managing expectations and the reality of how reconstruction from nothing is different to simply augmenting an existing breast, how its not a boob job, so why the fuck did I believe it was? After all these years and all this knowledge and all the pain and all this growth. That I believed I would wake up with two acceptable looking smallish breast mounds with two acceptably reconstructed nipple like things, finished and klaar. And therein lies the problem. I so desperately wanted this all to be done, I heard what I wanted to hear, and believed that despite my stylish Canadian plastic surgeon making it very clear he wouldn’t know what he could do until they removed my old implant and saw what they could do to match two very different realities, what they would do. I heard him, but I didn’t listen. I just knew he would do what I needed him to do, because it was time. Because surely this I can control when there is so much I can’t. Like any of the past two years and my uncertain future. Fuck me the chick is a slow learner. Nup. Not time yet. So I’m well, healing and waiting to see how things settle before we do the next step. Because there will be a next step. For fucks sake. But the point is, really really is, I am well. For now. And that’s the best outcome ever. What the fuck was I thinking. Anyhoooooooo. Onwards and tits upwards. 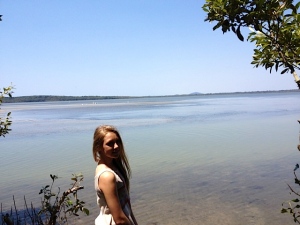 20 October. I am grateful that even though we know we are searching for something that doesn’t exist, we are having fun doing it. A lakeside pause, a mad moment of lets just effing buy the rambling lake house with far too many bedrooms and lovely vine covered patios for long long lunches. I am grateful for the mad fleeting moment in which I imagine myself being the floaty free stylish and abundantly and effortlessly able mi casa es su casa serene mama of the Lake House. Yeah right. 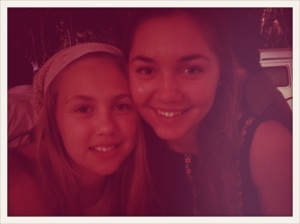 I am grateful for rose coloured glasses. It doesn’t mean the crap isn’t there, it just means I am choosing not to linger on it. Not anymore.

I sobbed this morning. Poor B, sitting in Sydney, could hardly hear the words between the gulps. And I have no real idea why. I’m feeling anxious. Not sleeping well. A little out of control and not in a good way. Very emotional. Very demotivated. And to be honest a little lost. I sat on my bench, regrouped a bit, got a little perspective and carried on. And that’s just life. Its not always a bed of roses, even when it is. I know how much I have, how much I’ve learnt and gained, and I am so filled with gratitude for everything and everyone in my life, but today I got lost in all I’ve lost. It frightened me how easy it is to do. But I had to write my grateful for yesterday. I had read about how a gratitude practice can open your heart and rewire your brain. It does. It really does.