I wrote an earlier post which I deleted because I was angry when I wrote it. I guess the only message I really wanted to convey (but it was lost in the rant), is be kind.  This again. Think before you speak. Especially to young women whose mothers have just been diagnosed with recurrent breast cancer. Don’t be ignorant. And don’t assume I am. Or they are. It’s truly unfortunate that they aren’t. But it’s condescending to assume they are.

But. This post is a good news one. Goodish. Preliminary PETscan (I’ll write it in capitals because I don’t mind it having power today) results show no areas of concern elsewhere in my body. But. There is now evidence of what appears to be an ‘internal mammary lymph node mestasteses’ in my right breast. Whaaaat? Anyway, now I have to have another fine needle biopsy and CT scan early next week to check it out. Then armed with all this fucking knowledge, the medical oncologist will decide what next. With me of course. But right now, it’s mostly good news. Just with a damn but. 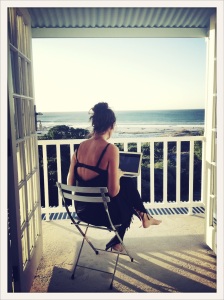 15 January. My final grateful, gotta love a leap year. I am grateful for a final contemplative moment. For a weak wireless signal, so I found myself on the balcony desperately seeking connection. To no avail. But an imperfectly perfect end to my 366 gratefuls. I am grateful for real time and real connections. They are all that matter. And for them I will never ever stop being grateful. For love. And for this glorious imperfect life. 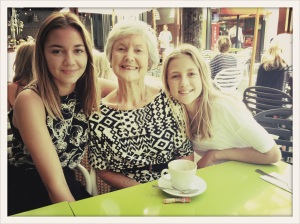 14 January. My mother-in-law is an inspiration to me, and to anyone who meets her. At 85 she has more energy, a sharper wit, a better handle on a manual vehicle, a keener mind, is better read and more informed than many her junior. In fact, that’s all got nothing to do with her age.  She simply is a woman to behold. And be loved. I am grateful she is in my world, to inspire me daily, to guide me and to give me hope. And always a new perspective. 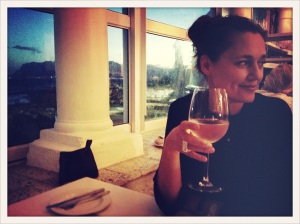 11 January. I am grateful for a feeling of peace, of contentment. A day spent with a friend who accepts me as I am, who remembers shared scrambled egg dinners and who reminds me of then. A day spent just being. And an evening surrounded by those I love the most. 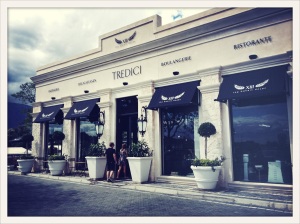 10 January. I am grateful for a road trip. For my travel companions, for the time together for a mother and son, and for a padkos stop to beat all stops. And for the reminder of many other road trips. And the fun we always have.

9 January. I am grateful for an unexpected cuddle from behind. And for a daughter who could feel my quietness. 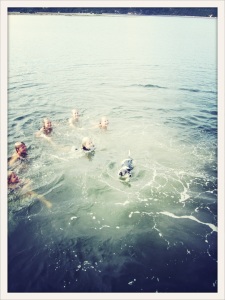 8 January. I always comment on how we are surrounded by girls on my side of the family. I am grateful for the wonderful energy these gorgeous girls bring into our world. Today I felt the gentle, intense, wise, vibrant energy keenly especially with three more angels joining in. All who’ve so obviously been here before. Oh and Badger being the always welcome token male of course.

7 January. I am grateful for the confidences of a teenager and for escape in the simplicity of a dog and a ball. And for perfect timing.